Posted by Bettina Aykroyd on Oct 4, 2016 in Portrait, Smell/Taste | 0 comments

Who is Pierre Dinand ?

My collection of portraits continues… It is about Pierre Dinand this week : a man who has dedicated his life to the design of perfume flacons. His name is unknown to the general public, but we all know Opium from YSL, Femme from Rochas, Amarige from Givenchy, Eternity from Calvin Klein, Armani from Armani, Eau Dynamisante from Clarins… just to mention a few. Even after fifty years of his career, he still draws and dreams about new flacons with just as much passion. For him, to design a flacon can be compared to drawing a house… It is the house of the perfume ! So, let’s now meet this lively man.

Your first flacon was for Madame Rochas, would you have an amusing anecdote to tell us about ?

Pierre Dinand has lots of images, temples, monuments in his head. His life started by a long trip to Cambodia.. to accomplish his military service. But, he will attend very quickly courses at the Cambodian of Fine Arts school of Phonom Penh. Then, Pierre will identify the lost temples, to Norodom Shanouk’ request ( King of the french Protectorate of Cambodia ) who was looking for an architect. But, it does not mean that he has not kept in his memory the odours of this part of the world. The perfume there is about a strange and unique mixture of incense, flowers with traces of powerful traces of animal odours,along with jasmin perfume, sandalwood and fishes heated by the sun. His looks are worthy of an elegant Roman sculpture, without mentioning his outlook full of tenderness,in search of all the details, he observes. Pierre is just as fond of Paris, la Rochelle, Prague, San Francisco, Chicago than of the couturiers like Saint Laurent, Giorgio Armani, Helène Rochas or perfumers such as Guy Robert, Michel Almeirac…

What is your most wonderful souvenir with Helène Rochas ?

Pierre Dinand Helène Rochas was a ravishing woman, with great taste, also very kind. A dinner-party was organized once a week for which she used to invite young couturiers and creators. I had the luck to be invited regularly and I keep in mind unforgettable memories. All the artistic, litterary world had the oportunity to meet. This how I met Balmain (a most adorable man ),Yves Saint Laurent (a passionate man ), Andy Wharol, Pierre Cardin, (unfriendly) Balenciaga, but also perfumers-creators like Germaine Cellier, (an unbearable person) Edmond Roudnitska, Guy Robert. Helène Rochad liked the perfumers. It was the time when perfumers and designers were seeing each other and were forming a dream team Today, I appreciate Michel Almeirac, Olivia Giacobetti, Aurelien Guichard, Sophia Grosjlman, Maurice Roucel and Piere Bourdon. I took a great advantage to meet all the couturiers.

What other couturiers have impressed you ? Pierre Dinand With no doubt, Yves Saint Laurent. He was passionate by the history of Art, very knowledgable on architecture, paintings and drawings. In one word, he was a real encyclopedia of refinement. I started to work for his couture house, by concentrating on colours for the handbags, the writing paper, the labels, the pink and orange logo for YSL Rive Gauche that is to say all his corporate identity, during more than 15 years. Then, one day, I am called and told « Pierre, we need you in Marrakech, Yves has a new idea for a perfume «I was to think about the flacon of the future perfume, inspired by the Orientalists painters.

In order to understand the atmosphere, I staid in their house and their Majorelle garden, and to catch the ambiant air of the Medina.There was a very refine atmosphere.I reckon that in the word Orientalist, lies the word Orient. So I very quickly afterwards, thought of an Inro, the chinese-japonese that the Samorais used to wear, attached to their belt and in which there was coarse salt,small balls of spices and opium. More, when Yves Saint-Laurent saw the flacon, he reacted immediately, and the name Opium became for him an evidence. It was the first time that the perfume was to be named after the design of the flacon, contrary to the tradition of the profession. The rest of the story did not become easier as the Saint-Laurent perfumes belonged to Squibb, the American company… I also worked for Giorgio Armani, Hubert de Givenchy and Balenciaga.

Can you tell us more about the Eau Sauvage that you designed ? 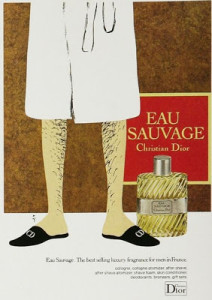 Pierre Dinand I worked with Edmond Roudniska, who was a perfumer with an impressive and very obstinate character, always sticking onto his positions. He never accepted a compromise. So, I made a deal with him by suggesting, we woud show together our work to René Bourdon, who was, then, the Christian Dior perfume Director, Pierre Bourdon’s father.

The box was inspired from the wooden burr walnut of the inside of a Rolls Royce. A real challenge to make concerning the flacon ! In fact, this perfume was very similar olfactively to Moustache from Rochas and was supposed to be called Favori…But when Marie-Christine de Wittgenstein (Frederic Malle’s mother) saw René Gruau’s advert showing a man with hairy legs , she immeditely declared «  it’s a real savage man ! «  That is how the name remain … for this new Dior perfume.

What is for you the innovation you are most proud of  ? 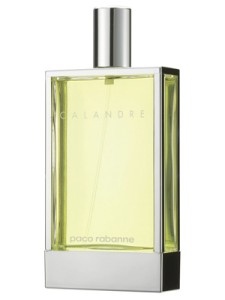 It is with no doubt, Calandre from Paco Rabanne. .The creator wanted a perfume of a Rolls Royce…So, I thought, straight away of the car radiator grille, the metallic grille which protects and adorns the radiator of a car. In consequence, the flacon was surrounded by a galvanized plastic. Calandre was the first to have an ABS galvanized plastic flacon.It is Michel Hy, perfumer at Roure who created the fragrance. At the time, we were very much encouraged to meet the perfumers- the influence over the form and the base led to tell beautiful stories and true stories about perfume. I have also, always been inclined to use new materials such as the surlyn, for Amarige from Givenchy, for exemple.To me, the Puig family has counted as the most innovating in the world of perfume. They never stop to invent and be different.

What motivates you still today ? 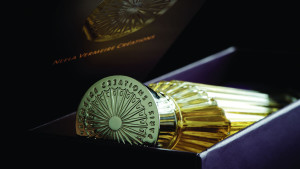 I am still passionate and fascinated by the technical details and achievements. I imagine new stories, each time, as I do not like to copy others. I am against the Procter&Gamble method !… With a pencil and a white page of paper, I only draw when in front of projects, otherwise , the page of paper remains blank ! I find my inspirations by visiting houses of people I create for, so to converse and understand their character and their passions. Today, I work with my grandson, Jules, Jerôme’s son, who is designer in Shanghaï and in Brazil. While Olivier, my eldest son is a passionate of glass, plastic and metal. It’s him whom I called when I face a trap !… technical ones. Jules creates the drawing on the computer and is in charge of the 3D, the data processing and the photographs. Jules admits to me « Working with my grandfather is really wonderful, as he is always animated with the same passion and the same inclination to pass on his know-how»

What is the story behind Neela Vermeire Vilhem Perfumery or Quintessence flacons ? 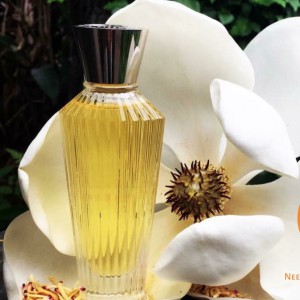 Behind each rare brand, is hiding a creator who has a story to tell. Just from the detail of a passion, an influence as a starting point, I can design a flacon. About Neela Vermaire’s case, it was India with the most incredible and rich story that inspired me. The logo of the brand that one finds onto the cap, illustrates the 24 crests symbolyzing the 24 hours of the day along with the 24 rays, representing a complete cycle of life. One can perfectly conceive an original flacon instead of a standard one, without exploding the budget ! I loved working with Jan Ahlgren de 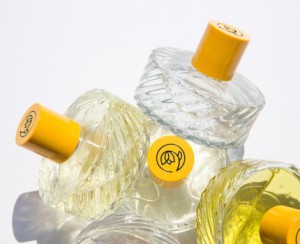 Wilhem Perfumery, a very gentile man ; I started from his passion for hockey on ice, and I created a flacon in the shape of a hockey puck, with it’s grooves, representing the movement and the speed. It is topped with an orangey yellow bakelite cap, made of recyclable cellulose, with a surprising soft touch. Ultimately, Jan wanted that the opening of the flacon evoked the one of the luxury cars : so, it only needed to turn the stopper to lift itself automatically, but best of all, along with a nice and characteristic sound. The flacon applies to the eyesight, the sense of touch, the ear, before liberating the perfume…

Concerning Valentine Pozzo di Borgo, the creator of the Quintessence brand, i wanted a flacon telling a 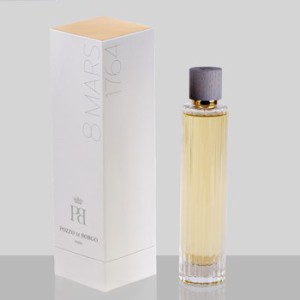 part of the Pozzo di Borgo family who Iknow well. In fact, the flacon reminds the columns of the Tuileries castle, a piece of art of architecture, part of the pavilions acquired by the Pozzo di Borgo. The lines of the flacon are simple, harmonious and elegant ; The materials are noble and natural with a sense of refinement, in the most fine details…I used glass from Venice, the stoppe is in wood, a hint to the Corsican scrub , while the gold of the ring brings a precious touch tos the rest.

Just as Pierre loves to travel and discover the whole world, his flacons made him travel from Europe to the States, even to Brazil. Who is left that he has not worked for ? Pierre Dinand is an exemple of creativity, imposing himself quality, originality and innovating materials for his flacons.As far as he is concerned, he considers, that the success of a perfume is just … a slot machine. In order to win the jackpot, one needs the five cherries (the fragrance, the flacon, the name the publicity and the distribution)

My next portrait will be Dominique Daviaud from Lalique 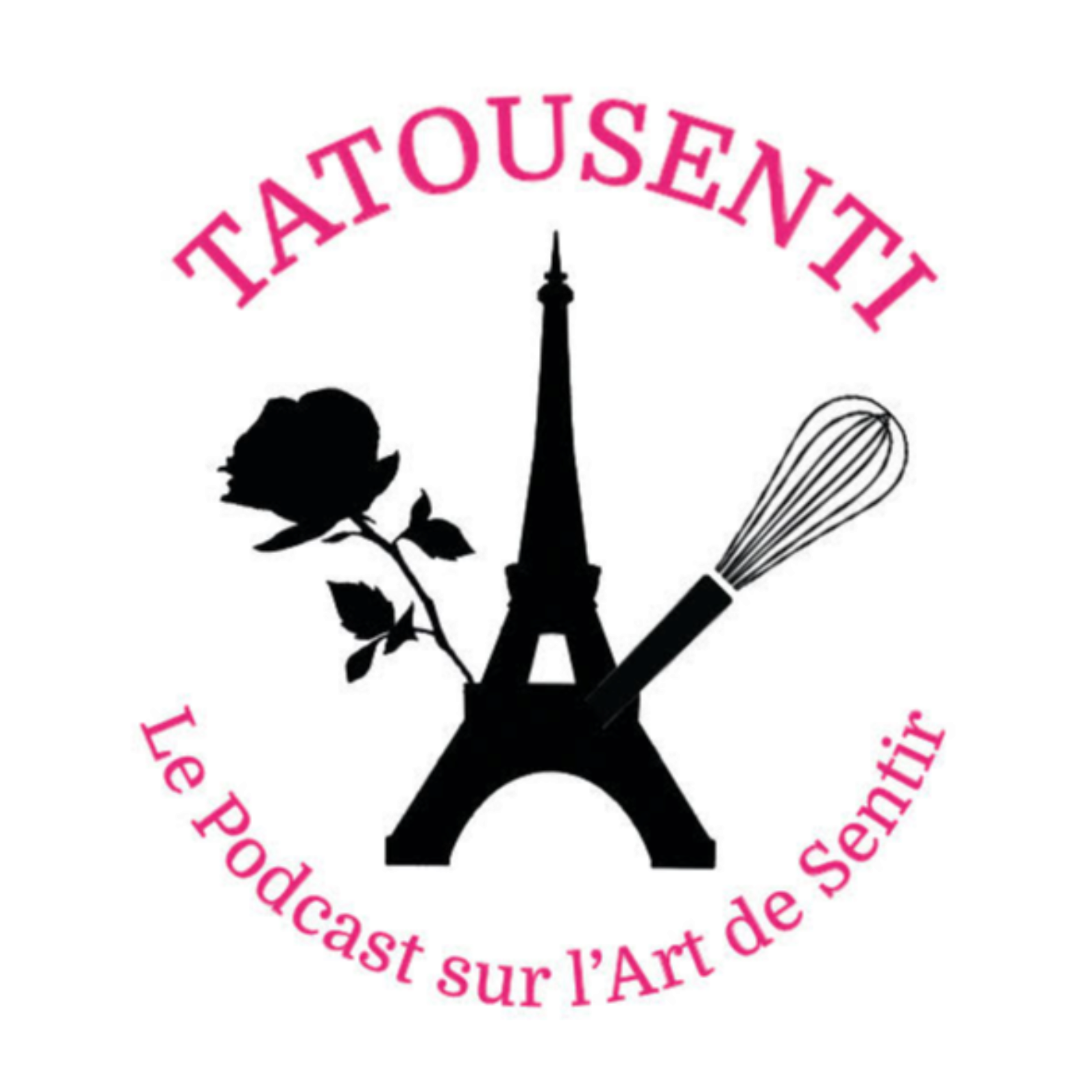