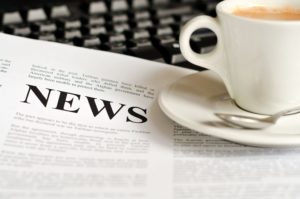 8 trends point their nose among this hectic world which never cease to evolve. Perfume has never drawn so much attention.It is good news if it is conducted towards everybody, if it stimulates the olfactive sense while keeping it’s part of mystery along with a necessary dream.

The perfumers-creators launch their own brand of perfume

Frederic Malle has been with no doubt, the first one to put forward the perfumers-creators with his brand «Les Editions Frederic Malle.» Maurice Roucel, Dominique Ropion, Pierre Bourdon, Olivia Giacobeti, Jean-Claude Elena… were among the nine first perfumers to accept the challenge.

On the other hand, Jean-Claude Elena will be the first one with his cousin, the designer of perfume flacons, Thierry Bachakoff to launch The Different Company, the brand of rare perfumes. At the time,the insiders were the only ones to know about it.

Then, equally, Olivia Giacobetti will follow with the creation of Iunx with her father Francis Giacobetti, in charge of the brand. In a more confidential way, Alberto Morillas, perfumer at Firmenich, launched Mizensir, in Geneva, with his daughter and wife.

Eventually, the last handsome initiative of this type comes from Michel Gutsatz, Youri Gutsatz the perfumer’s son, who has re -launched le Jardin Retrouvé. 2 The brands in their own name

From 2009, Francis Kurkdjan, became the first perfumer to take the leap of creating a perfume House in his own name.

Marc Buxton the English perfumer carried on with his brand.

Pierre Bourdon, the well-known perfumer (Cool Water from Davdoff, Dolce Vita from Dior), once retired, launched his own brand in 2015. It is only known among the parisian microcosm which was a rather risky bet… It is sold exclusively at Astier de Vilate in Paris.

Sylvaine Delacourte, who worked for Guerlain at the training and evualation department, has also launched her own brand in her name.

3 Big comeback of boutiques in their own name

Is it due to a tiredness of the boutiques, where one smells too many perfumes, a lack of advice, a desire to control the distribution or more the urge to know more about their perfume lovers, that has led to the comeback of boutiques in their own name ? Whatever, to day, one observes a return to the genuine fragrance boutique, the real one. There is no coincidence if Guerlain has dedicated a boutique entirely to perfume, fauboug SaintHonoré. Nevertheless,the welcome to the boutique could be improved… without forgetting the Dior Perfume boutique which shows its Collection Privée and also the Beauty Chanel boutique.

Since, By Killian,Marly, Memo,Lubin, Ex Nihilo, Parle-moi de Parfum, Pierre Guillaume… have as well, now their boutique. They have all returned to the eight arrondissement as to reconnect with this very first boutiques of the twenties. Otherwise, the aerea of the Marais sems to rank first !

After the beauty boxes,it is up to the perfume boxes to appear. I consider that the far more Interesting one of all, is the one of the boutique Sens Unique in Paris. Renata Faizutdinova, has chosen a thematic box which shows the way to be guided, discover fragrances and brands that the consumer would not have the curiosity to smell, otherwise. To know more about it, I invite you to read this article. 5 New perfume brands on the market

Perfume brands launches have exceeded records, never reached , by the established brands, known from us all, last year. We are facing a renewed interest for perfume, to day. Thereby, there is a real frenetic creativity comparable to the twenties. This actual period is surprising, but a natural selection will operate sooner or later !… During my peregrinations, I noticed that besides the rare perfume brands, new other brands of quality displayed in standard packaging, at a reasonable price , were coming out. It is the case with100Bon, Bon Parfumeur Sous le Marteau, for which Nathalie Fesisthauer is the perfumer, les Indemodables, Le Bistro de la Beauté’s brand in Annecy.

They started at the Osmotheque, in Versailles, 25 years ago. Today, they fleurish everywhere. Even the new perfume museums in Paris host them : Fragonard has a cycle of conferences, led by experts. They have chosen themes in connection with their collection of flacons. I suggest to have a look at this article to know more about it.

7 Preservation of the perfume patrimony

After Jean Kerleo’s fabulous idea, perfumer then at Jean Patou, to create a place in order to store the lost fragrances and the modern ones… the Osmotheque innovates a new project : the creation of a link with the Lavoisier Laboratory, the chemistry laboratory of the Versailles University-Sain Quentin(UVSQ) so to build a data base of molecules.The latter will be submitted to the same risks as to the perfumes.The first project will stand on the re-manufacturing of the nitro musks which belongs to a major family of the XX perfumery century.

After the « Que sais-je Le Parfum » from Edmond Roudnitska, being for a very long time the reference, and today writen by Jean-Claude Ellena, Annick Le Guerer and Elizabeth de Feydeau, the two historians opened the road to other stories….

To conclude, the re-edition on Caron written by Jean-Marie Martin-Hattemberg at the Desgrandchamps editions and the Roman des Guerlain from Elizabeth de Feydeau at Flammarion on sale from January 25th, 2017.