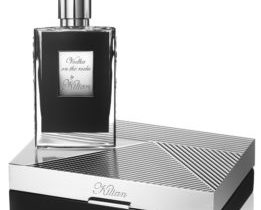 Vodka on the Rocks by Killian Vodka on the Rocks by Killian

The story of the Vodka on the Rocks This new perfume By Killian is Killian Hennessy, the founder’s temptation. He is a lover of poetry and literature : it’s Beaudelaire’verse « This book, if it burns, can only burn in the same manner as ice», inspired from the Dangerous Liaisons, that became the starting point of this perfume.

Alovely story around the Vodka on the Rocks For the launch at the Matis Hotel, in Paris, this new fragrance has inspired a unique cocktail, The Killian on the Rocks. Here is the recipe.

Shake and serve by filtering on ice. Primary, rince the glass with bitter Cardamone.

The olfactive itinary  This perfume starts on a «  frosty effect », given by an accord of cold spices of coriander and cardamone associated to the aldehyds, which are notes of an icy effect. Then, on enters into a bitterness produced by the rhubarb alinf withe transparent noesof rose and lily of the valley. A fllash to the vodka. It is definitely a masculine fragrance, on a bse of new freshness and a woody accord.

The perfumer-creator : Sidonie Lancesseur from Robertet

The other eprfumes in the collection of Addictive State of Mind Intoxicated , Light my fire, Smoke for the Soul.

Recommended time to wear it : All the year round and any time.